The two most common ingredients in e-liquid are Propylene Glycol (PG) and Vegetable Glycerine (VG). These form the base of the e-liquid, to which the flavour concentrate and nicotine (optional) is added.

Commonly, e-liquid will be made from a combination of both PG and VG and the ratio is usually stated on the bottle (eg. 70VG/30PG). But what are Propylene Glycol and Vegetable Glycerine? In this quick and easy guide, we explain what they are, the differences between them, and the benefits of each, so you can decide which ratio will work best for you.

What is PG and VG in e-liquid?

Propylene Glycol (PG) and Vegetable Glycerine (VG) form the base of all e-liquids and affect the liquid’s thickness, flavour intensity, throat-hit and vapour production.

Different e-liquids have different PG/VG ratios. The PG/VG ratio you need will be determined by your device and coil setup, as well as your personal preference.

What’s the difference between PG and VG?

What is Propylene Glycol (PG)?

What is Vegetable Glycerine (VG)?

What is the best PG/VG ratio?

The PG/VG ratio you use will depend on what vaping device and coil pairing you have.

Mouth-to-Lung (MTL) devices with coils that have a resistance of above 1ohm (Ω) tend to work best with e-liquids that are made up of 60% VG or less.

Above 60% VG the liquid becomes too thick for these coils, causing them to clog up and stop working. Therefore, e-liquids with ratios such as 50PG/50VG or 40PG/60VG would be the best choice for these devices.

Direct-to-Lung (DTL) and Sub-Ohm devices typically have coils that have a resistance of less than 1ohm (Ω) and work best with e-liquids that are made up of 70% VG or more.

These coils are designed to work well with thicker VG heavy e-liquids. The higher VG content, paired with low resistance coils, produces far larger and denser vapour clouds. Shortfills with a high VG ratio would be the best choice.

This is a general rule-of-thumb, but you may find some newer coils designed for MTL vaping can accommodate higher VG e-liquids.

Hint: If you’re confused about the MTL and DTL terminology, take a look at our guide on the difference between Sub-Ohm, MTL and DTL Vaping.

What is the best PG/VG ratio for flavour?

There is a reason why many vapers move towards sub-ohm devices as they become more experienced, and that is flavour (and big clouds!).

Although PG is a ‘flavour carrier’, the flavour intensity of higher-PG e-liquids are hindered by the device and coil used. In comparison, sub-ohm devices paired with higher VG e-liquid, produce double the vapour and thus double the flavour!

Some people find different PG/VG ratios work well with different flavour types. For example, the sweetness and full-bodied thick vape of VG compliment the custardy sweet dessert flavours, whilst PG brings out the best in fruit and tobacco flavours.

How does the PG/VG ratio affect the nicotine strength I need?

You may have noticed that e-liquid with a higher PG ratio is available in higher nicotine strengths, whereas higher VG ratio e-liquids typically only reach 3mg. This is because when you vape using a DTL sub-ohm device that’s suited to VG heavy e-liquids, you tend to inhale more vapour (and more nicotine) than you would with an MTL device. Higher nicotine levels would be too harsh in these circumstances.

What’s the difference between PG and VG nicotine (nic shots)?

Nic shots contain a concentrated amount of nicotine dissolved in PG, VG or a mixture of both. Nic shots are unflavoured and used to increase the strength of shortfills and other nicotine-free e-liquids. However, adding them to e-liquid will dilute the other ingredients and have an impact on the overall PG/VG ratio.

If you’re a beginner, then this isn’t something you need to concern yourself with. The nic shots you get for free with our shortfills contain the perfect PG/VG ratio and level of nicotine to create a 70VG/30PG 3mg shortfill.

However, if you begin to mix your own e-liquid, then the nic shot PG/VG base is something you can play around with. DIY e-liquid mixers usually find nic shots with a PG base easier to work with due to thinner liquid consistency.

If you like the sound of this, check out our handy beginners guide to DIY e-liquid mixing.

Are PG and VG safe to vape?

Propylene Glycol and Vegetable Glycerine have been consumed by humans for decades. Both are considered safe for human consumption by US, European and UK food authorities. In fact, PG and VG are common ingredients in many foods, cosmetic and pharmaceutical products.

PG can commonly be found in:

VG can commonly be found in:

When it comes to its safety in e-liquid, it is important to note that e-liquid is tightly regulated, especially here in the UK. The TPD, which came into force in the UK in 2014, requires e-liquid and their ingredients to meet strict safety standards and be tested regularly.

Vaping is not considered completely risk free, but the leading health organisations in the UK, including the Royal College of General Practitioners, British Medical Association and Cancer Research UK agree that vaping is far less harmful than smoking. Based on the currently available evidence, Public Health England and the Royal College of Physicians estimate they are at least 95% less harmful than traditional combustible cigarettes.

In rare cases, people can have sensitivity or allergies to PG, so they choose to vape pure VG-base e-liquid. If you experience any unusual symptoms or irritations stop vaping immediately and consult your doctor if necessary.

If you have just made the switch to vaping, it is likely vaping e-liquid containing PG will cause a dry mouth and sore throat so it is important to stay hydrated. Some people may experience a cough, which will subside within a few weeks. 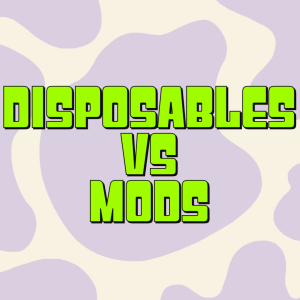 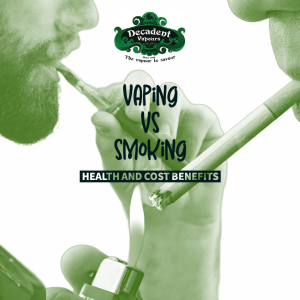 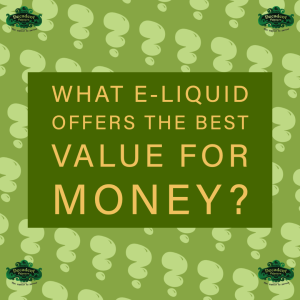 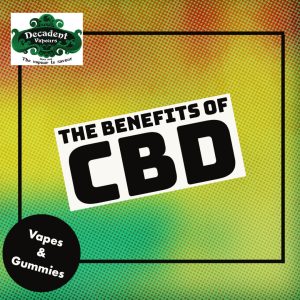 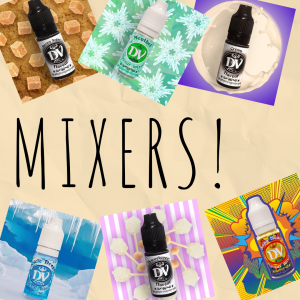 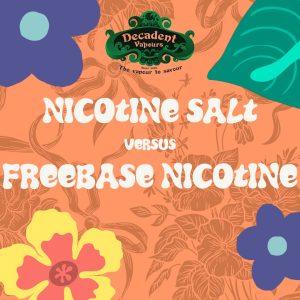