There are two basic types of vaping – mouth-to-lung (MTL) and sub-ohming. The majority of people coming to vaping from smoking will probably feel more comfortable with mouth-to-lung, as this will ‘feel’ closer to smoking a cigarette. You draw the vape into your mouth before inhaling into your lungs. With sub-ohming you draw the vape directly into your lungs. Generally speaking, mouth-to-lung feels less airy and has a tighter draw (hard suck required!); which again, provides a similar sensation to smoking.

We have a choice of two mouth-to-lung devices for you to choose from currently. Alternatively, you can browse our entire range.

E-liquid comes in many varieties of flavour and ‘diluent’ combinations.

For the new vaper we would recommend a 50PG/50VG mix – PG and VG are what thickens the water and flavour compounds to provide the clouds of vapours.

VG (Vegetable Glycerin) provides more clouds with a smoother inhale and has a natural sweetness to it.

New vapers generally find they benefit from the stronger throat hit of PG combined with the vapour produced by VG. As you progress to higher wattage mods, the PG can get to harsh and higher VG liquids are preferred as they are smoother.

Nicotine, once the poster boy for why cigarettes were bad, is actually similar in addictive qualities to caffeine and in the strengths we find in e-liquids, harmless, it’s the other 4000+ chemicals in cigarettes that are carcinogenic.

Our nicotine is some of the finest on the market – filtered, titrated and diluted from 100% nicotine in our proprietary 13 step process to craft the purest and cleanest nicotine, without any ‘peppery’ taste.

If you are using a mouth to lung device – especially a pod mod then using higher strength (1.2%, or 12mg to 1.8% or 18mg) is advisable, especially if you are just coming off the evil ciggys, Stronger nicotine will create a stronger throat sensation that is commonly referred to as “throat hit”. Once you get used to vaping you can then ween yourself down in strength, particularly if you move on to sub-ohming.

What’s in the Flavour?

Since 2009 we’ve concocted thousands of flavours, every single one is created to not only be the tastiest, but also the cleanest – every one is tested to make sure there are no ‘undesirable’ compounds and chemicals hiding away in them. You can see all the safety data for each flavour here.

We have 30 flavours available in our Decadence range that are ideally suited to new vapers. Our flavour range covers all tastes, from sweet deserts, icy menthols and mouthwatering fruits. There’s also our famous award winning tobacco range, made from the finest Tobacco, which is steeped in PG before entering a 3-step filtration process, resulting in a tobacco base of the highest purity. The tobacco base then enters a second steeping phase to enrich the flavour of the concentrate. Next, our secret ingredients are added, blended, and left for the final steeping phase, resulting in a truly unique flavour profile of unsurpassed quality.

Each batch of every flavour used in our products is taste-tested by our Head Flavologist to ensure that every product meets DV’s standard of excellence. One thing’s for sure, flavour certainly makes the steam a lot more tasty!

Start saving money and get healthier!

There really isn’t a downside to vaping, just stick with it, and you won’t even feel like you’ve given up cigarettes.

There are so many stories about the difference vaping makes to peoples lives, we are happy and proud to be a small part of it.

You have just taken the first step into a healthier and by far more interesting hobby, and once you feel confident about vaping why not try mixing your own flavour concoctions, or building your own coils – the possibilities are endless!

For more information, or if you need help with any of our products please do not hesitate to call our award winning customer service department on: 01792 897103 we are here to help.

If there are any particular questions you have, you may find them here in our frequently asked questions page:

According to Decadent Vapours.

Millions of us love vaping. We appreciate the pleasures and health benefits of it compared to smoking. But not everyone is accepting yet, and not all vapers show consideration in their vaping. Decadent Vapours have compiled a guide to help vapers ensure we have good relations with our non-vaping friends.

If a sign forbids vaping, or an authorised individual asks you not to vape, then please do as you are asked. It may feel unreasonable to you, but it’s not negotiable.

Please don’t do this – especially if you’ve already been asked not to vape or there are signs saying you shouldn’t. If you feel you have to hide it, you’re probably breaking the rules anyway.

You wouldn’t conspicuously breathe on someone, or (if a smoker) blow smoke in someone’s face. Although we know passive vaping to be basically harmless, we should still not force it on others – and they may not want a full-on blast of the particular flavour you are vaping.

We all have our own vaping journey, and some travel further and more widely. Not everyone has – or even wants – the biggest and most up to date hardware. Don’t take it upon yourself to tell them that theirs isn’t as good as yours. Advise, discuss, inform, but remember – size isn’t everything!

5.Don’t be beastly to smokers

Most vapers were smokers themselves once upon a time, and most current smokers would like to give up. Making them feel bad or defensive about smoking doesn’t really help. Sharing your own experience of the benefits of vaping – when asked – is friendlier and more constructive.

Many misunderstandings and plain untruths circulate about vaping, and it can be frustrating trying to dispel the myths. But getting irritated is not the answer. Keeping calm and explaining the facts will go a lot further towards improving other people’s understanding (and acceptance) of vaping and vapers.

The smell of food is a key aspect of its enjoyment, and unexpected additional odours can be off-putting. Someone tucking into a steak may not enjoy a sudden waft of banoffee, or want their enjoyment of an ice-cream sundae overpowered by absinthe. Don’t vape near to other people eating.

8. Be a good example

People are often suspicious about new things – especially an activity that in some respects does, after all, resemble smoking. The media are especially keen to jump onto any negative claim or perception about vaping. The last thing vapers need is an image of being hostile, selfish or rude – instead let’s show that we’re a good-natured, considerate bunch.

9. Don’t create a climate of bad-feeling

Until it is universally accepted that vapour is not smoke, cloud chasing near non-vapers – and especially indoors – does not help the image and acceptance of vaping. Setting off smoke alarms and filling rooms with haze just gives ammo to those who want vaping seen – and treated – as antisocial and intrusive.

10. Ask before you borrow

You wouldn’t take a sip from someone else’s drink unless you asked or they offered first. Equally, don’t take puffs from other people’s vapourizers without first asking. And if someone does let you try theirs, be courteous and give the mouthpiece a wipe before returning it to its owner.

PG vs. VG: What are they & how do they affect the way you vape? 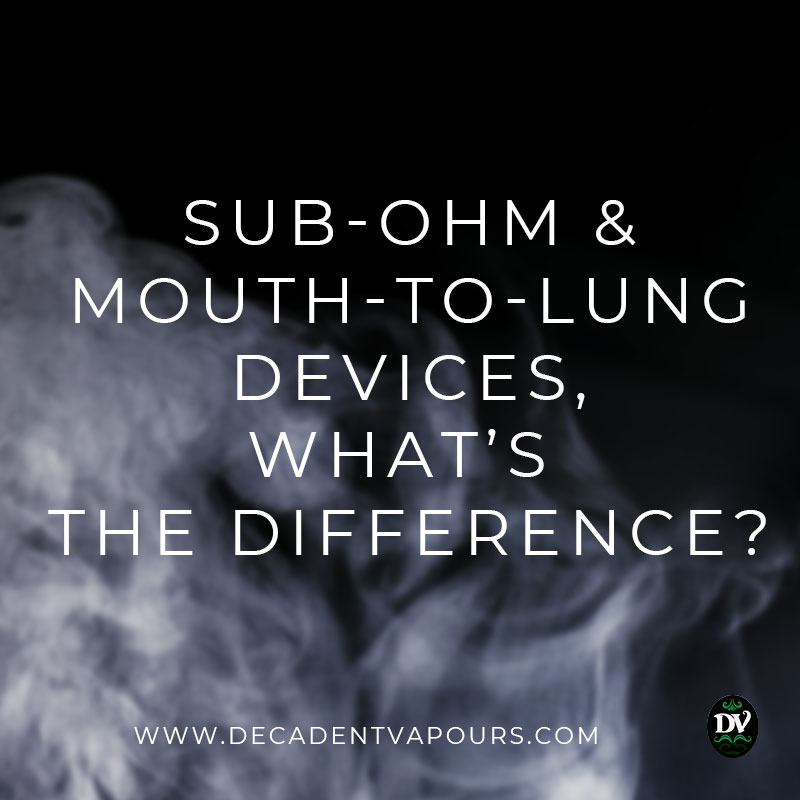 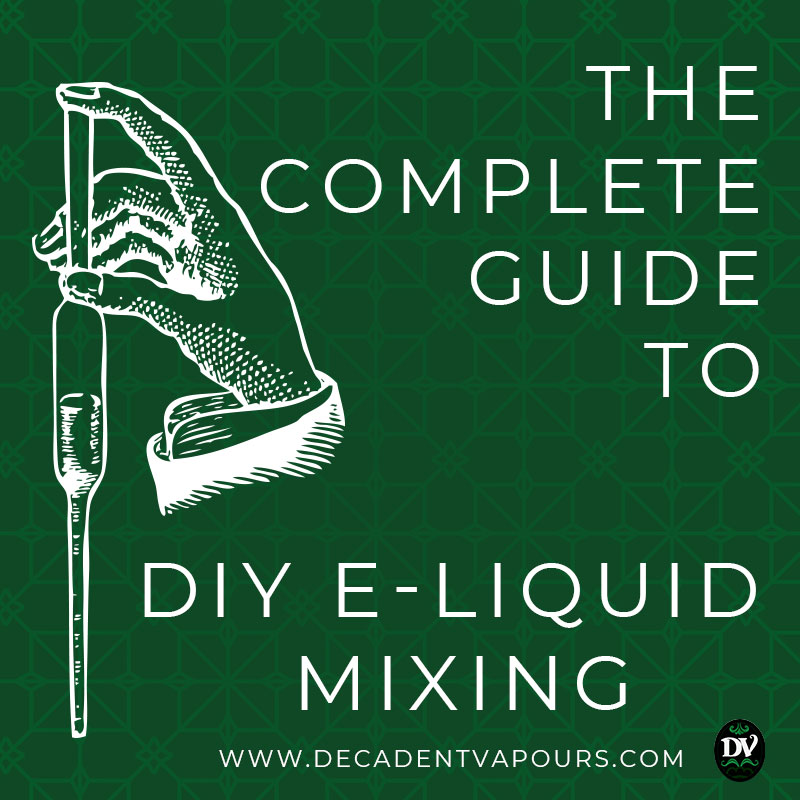