Djinni is a bold range of e-liquid flavours with complex flavour profiles developed over several months by the skilled flavologists at Decadent Vapours. Each e-liquid in the Djinni range has been carefully crafted to hold-true to the flavour of the real-life thing, resulting in a collection of contemporary juices, each one with its own distinctive character. All our e-liquid is sourced from the best quality ingredients and pharmaceutical grade nicotine, making it the vapour to savour. 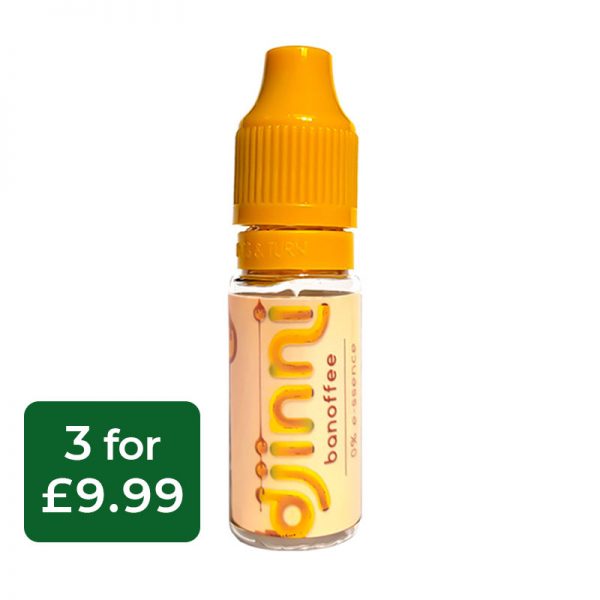 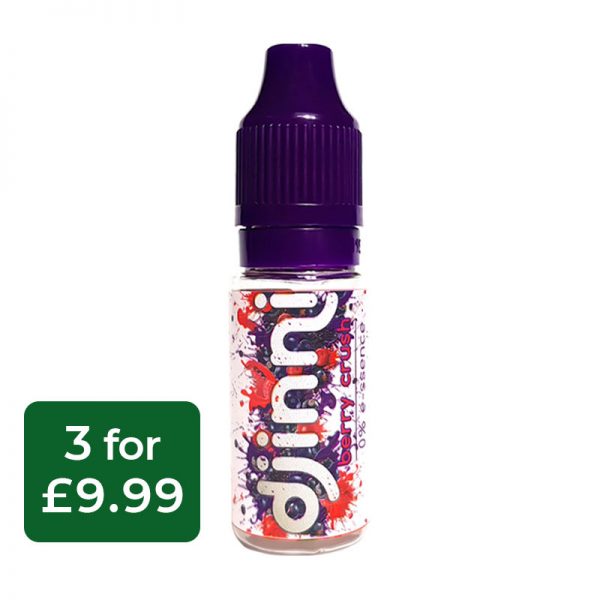 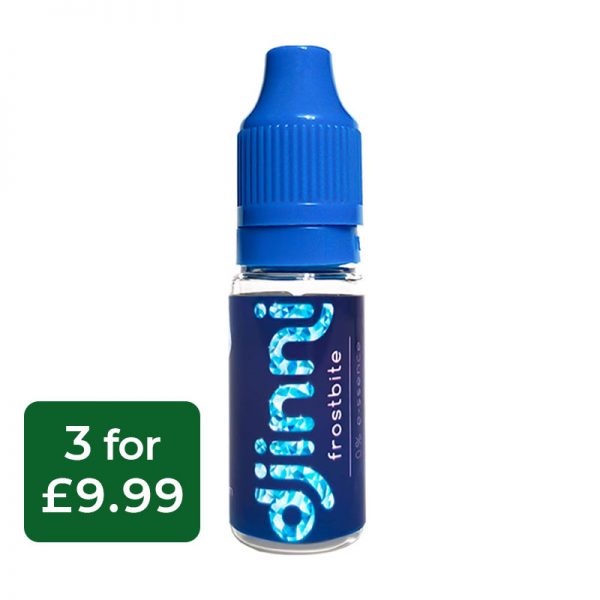 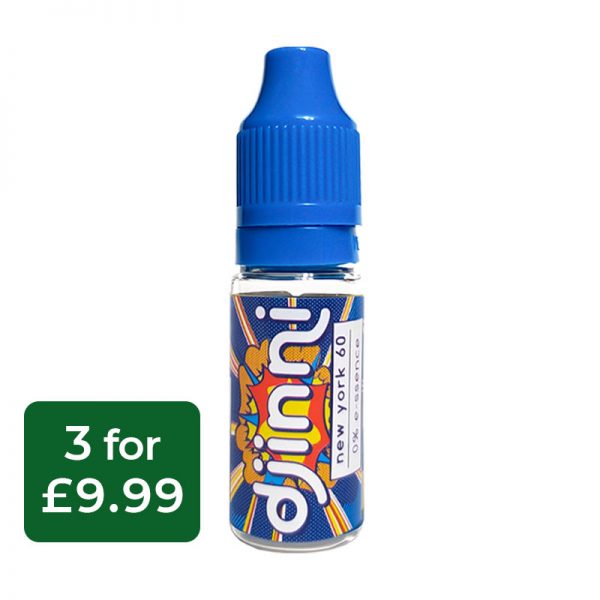 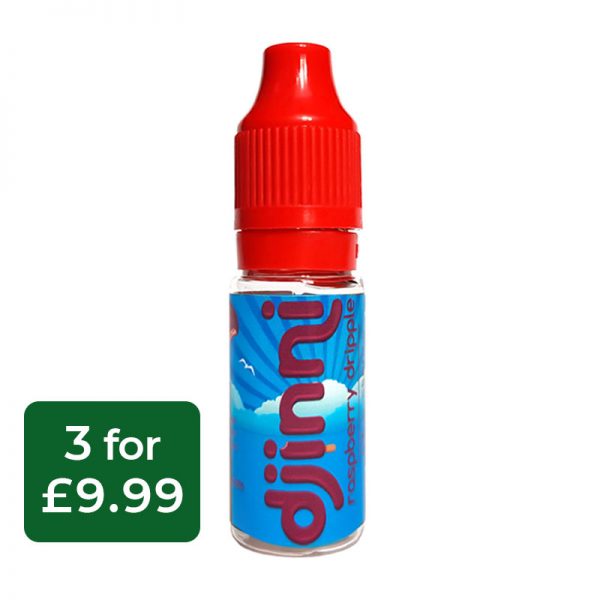 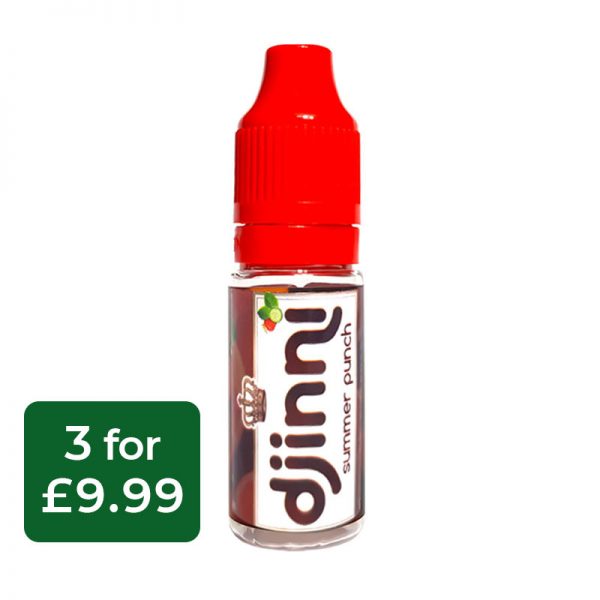 Our Djinni e-liquid range from start to finish was over a year in the development, starting in early 2014. At the time Decadent Vapours’ main business had just been re-branded and flavour maestros Peter Cole and Luke Bolch were already dreaming of pushing the boundaries with a new set of flavours.

Luke explains the Djinni thought-process, “We wanted to create a broad range of flavours that you wouldn’t find anywhere else, and that hadn’t been perfected – Turkish Delight springs to mind, there are quite a few out there, but no-one has created an e-liquid that is true to the real thing. We set ourselves the challenge to create a range of flavours that were all different and had their own personalities.”

At the beginning of the development of the new Djinni e-liquid range, there were over a hundred of flavours and flavour combinations suggested, both by the development team and the rest of the company, most of whom are also avid vapers. This was then cut down to a shortlist of 18, which several months later were painstakingly whittled down to 10.

It does make life easier when you know how to make all your own flavours, as DV does at its Swansea HQ. Before they even begin to mix the e-liquid, they test hundreds of ingredients, searching far and wide for the perfect raw materials that will create the right flavour profile. Only once those are decided on, does the mixing begins.

Prototypes of Djinni flavours are created, tested and then altered and refined over and over. Initially, DV testing is internal, then as they begin to home in on what they feel is right, the flavours go to external testers. Feedback is taken, tweaks are made, and testers are sent to reviewers.

E-liquid reviewers are a passionate and exacting bunch, and you really have to be on your game to impress them. After taking on board their comments, the Djinni flavours are given a final testing outing on the public… and then they’re ready.

It sounds easy, doesn’t it? But to get it right can take many months. “Several times we felt we were close to a final flavour, but couldn’t quite get it perfect, no matter how we tried, so we had to go back to the drawing board,” says Luke.

While the refining of the Djinni flavours themselves was ongoing, work on the brand itself began. For that, DV brought in Create-a-Brand, experts who have created many national and international brands.

“It was a really exciting time for us as we had just finished rebranding Decadent Vapours’ main brand, and it was realised they needed another ‘younger’ brand that would complement their main one but be distinctive,” says Louise, Create-a-Brand’s lead planner and strategical mastermind.

“The name was one of the most important parts. What was wanted was something simple, memorable and relevant. Following much research, testing of names and knocking of heads, we eventually came up with ‘Djinni’, the thought being that it’s like the genie out of the bottle, a vapour that will grant you your wishes.”

“We then designed the Djinni logo. We wanted to keep it simple and modern but striking, and especially versatile – it had to be adaptable for the design of each piece of packaging to reflect the feeling of the individual flavours. We also spent considerable time on flavour names and packaging copy. The challenge was to try to encapsulate the e-ssence of each individual flavour, while at the same time establishing an ‘umbrella’ tone for the Djinni range as a whole.”

More than five years since Djinni’s release – the e-liquid in this range remain best-sellers thanks to their complex flavours and unbeatable taste.

The Djinni range was developed over several months, undergoing rigorous flavour testing both internally and externally until they passed with flying colours. The resulting Djinni flavours are complex and palate-pleasing, satisfying the most discerning vaper.

The Djinni flavours are made from the finest ingredients and produced at the Swansea HQ in the UK. You can vape in the comfort of knowing each batch of Djinni e-liquid, as with all Decadent Vapours e-liquid, is rigorously tested both internally and externally to ensure it is free of DEG, Diacetyl, Acetyl Propionyl and any other impurities.

Djinni is available as a premixed e-liquid sold in 10ml bottles or in the form of flavour concentrates for DIY e-liquid mixing. Djinni premixed is available with zero nicotine or with 3mg, 6mg, 12mg, 18mg of nicotine.

After much deliberation in the development of Djinni, we decided to make the VG/PG ratio 60/40 which sets it apart from our Decadent Vapours range of 50/50 premixed juice. This ratio not only worked well in balancing taste with vapour production but made it ideal for both mouth-to-lung and direct-to-lung vapers.

Just one puff of a Djinni flavour will awaken your senses and have you wanting to try the whole range. The flavours are so good, you might get carried away!